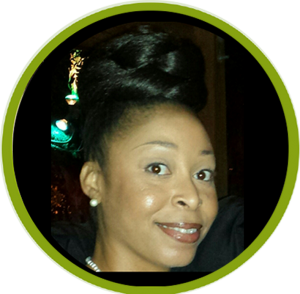 Tara Laurie is the founder and CEO of Youth World Education Project (YWEP). Ms. Laurie’s story is one of perseverance, resiliency, and risk taking. The New York native was born and raised in Harlem, New York and she credits her upbringing for making her the strong, determined woman she is today. Ms. Laurie is often overheard stating “I want to be an agent for change.” She recognizes one of the best ways to bring about change is through education. Following high school, she pursued her academic studies in psychology and education, earning a Bachelor of Science in Psychology from the Wayne State University and a Master’s of Education in Educational Leadership from the University of Arizona.

Throughout her professional career, she served as a child group therapist with The Clinic for Child Study and teacher at schools in the Detroit, MI and Phoenix, AZ areas. Ms. Laurie also served as a social worker for GEAR UP, a program aimed at increasing the number of low-income students prepared to enter and succeed in postsecondary education. Prior to founding YWEP, Ms. Laurie served as a capacity building specialist with Education Station and The Maricopa County Collective for Adolescent Well-Being. Her academic and professional careers helped to lay the foundation for her proudest achievement, starting her own non-profit agency to reduce the number of disconnected youth and families. She realizes that the greatest gift you can give the world is through the servitude of those in need.

Ms. Laurie has witnessed first-hand the detrimental effects of poverty, lack of education and minimal community resources. According to Ms. Laurie, YWEP is a positive product of a negative reality. She has maintained a philosophy that every individual can learn given innovation, commitment, the right environment, and opportunity. Ms. Laurie strongly believes all youth should have a chance to fulfill their destiny. Her goal is to empower youth by increasing self-confidence and providing them with the tools they need to become successful individuals. Ms. Laurie strongly believes the generations before stood for the benefit of tomorrow and every generation is supposed to get better. She affirms that tomorrow is calling out for change today and that we can no longer wait for someone to do something. Ms. Laurie believes our society can no longer wait on a super hero and she proclaims we are the super heroes our children are waiting on. She has issued a call to all super heroes requesting they put on their masks and capes to use their gifts, talents, influences, and resources to answer the cries of tomorrow demanding change today.